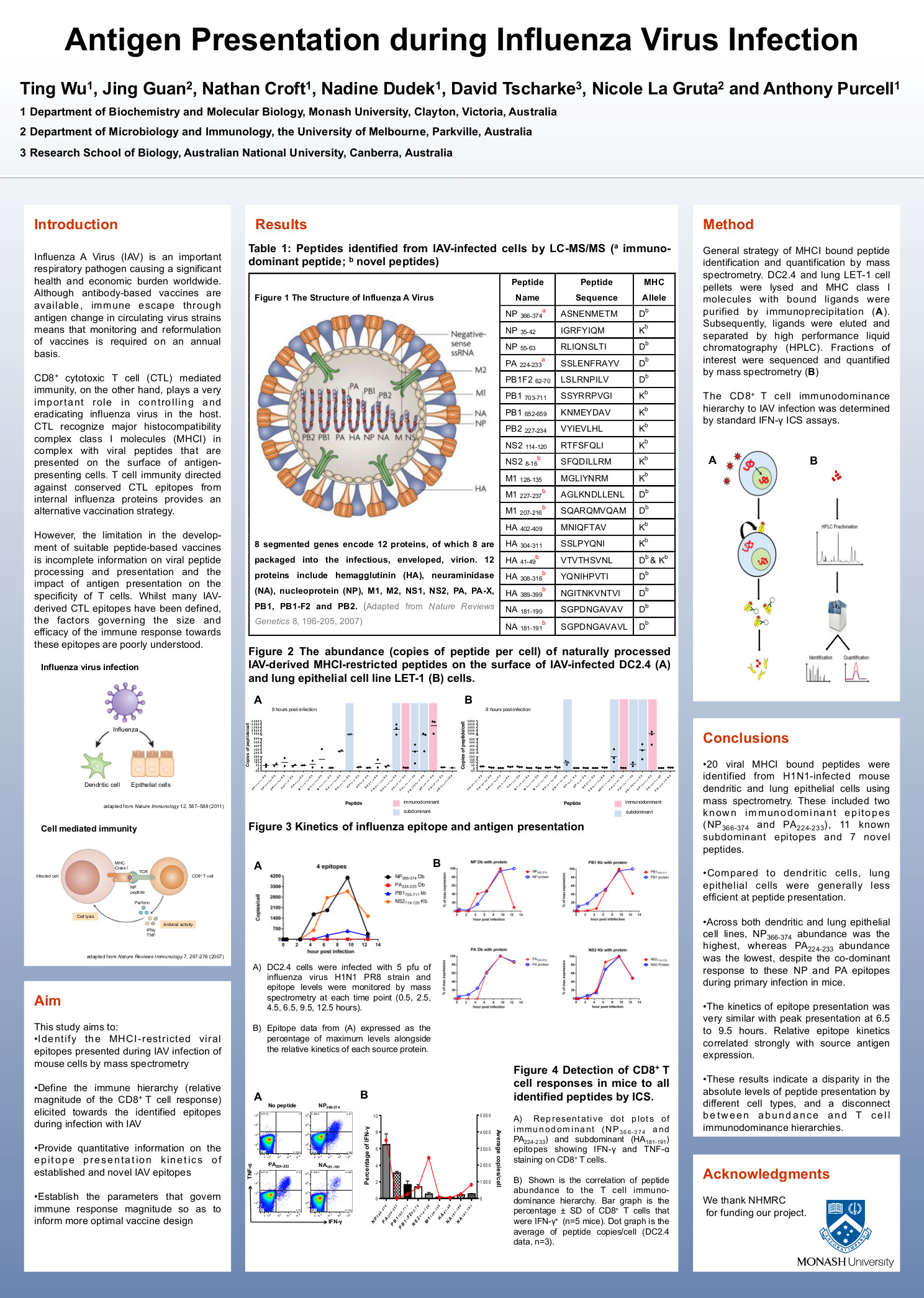 CD8+ cytotoxic T cell (CTL) mediated immunity plays an important role in controlling and eradicating influenza virus in the host. CTL recognize major histocompatibility complex class I molecules (MHCI) in complex with viral peptides that are presented on the surface of antigen-presenting cells (APCs). T cell immunity directed against conserved CTL epitopes from internal influenza proteins provides an alternative vaccination strategy to current whole/split virus or subunit vaccines. However, the limitation in the development of suitable peptide-based vaccines is incomplete information on viral peptide processing and presentation and the impact of antigen presentation on the specificity of T cell responses. In this study we have quantified viral epitopes presented on the surface of H1N1-infected mouse dendritic and lung epithelial cells using mass spectrometry. In total, 21 viral peptides were identified including two known immunodominant epitopes (NP366-374 and PA224-233), 10 known subdominant epitopes and 8 novel peptides. One of these novel epitopes was uniquely presented on the surface of infected epithelial cells. Compared to dendritic cells, lung epithelial cells were generally less efficient at peptide presentation: 8 peptides were not expressed at all, whilst 6 epitopes showed a level of expression less than half of that observed on dendritic cells. Across both cell lines, NP366-374 abundance was the highest (over a thousand copies per cell), whereas PA224-233 abundance was the lowest (~10 copies per cell), despite the co-dominant response to these NP and PA epitopes during primary infection in mice. These results indicate a disparity in the absolute levels of peptide presentation by different cell types, and their potential to affect T cell responses. The disconnect between epitope abundance and immunodominance provides an important insight into how T cells respond to infection. Moreover, the newly identified candidate viral peptides provide potential targets for the development of peptide-based vaccines.