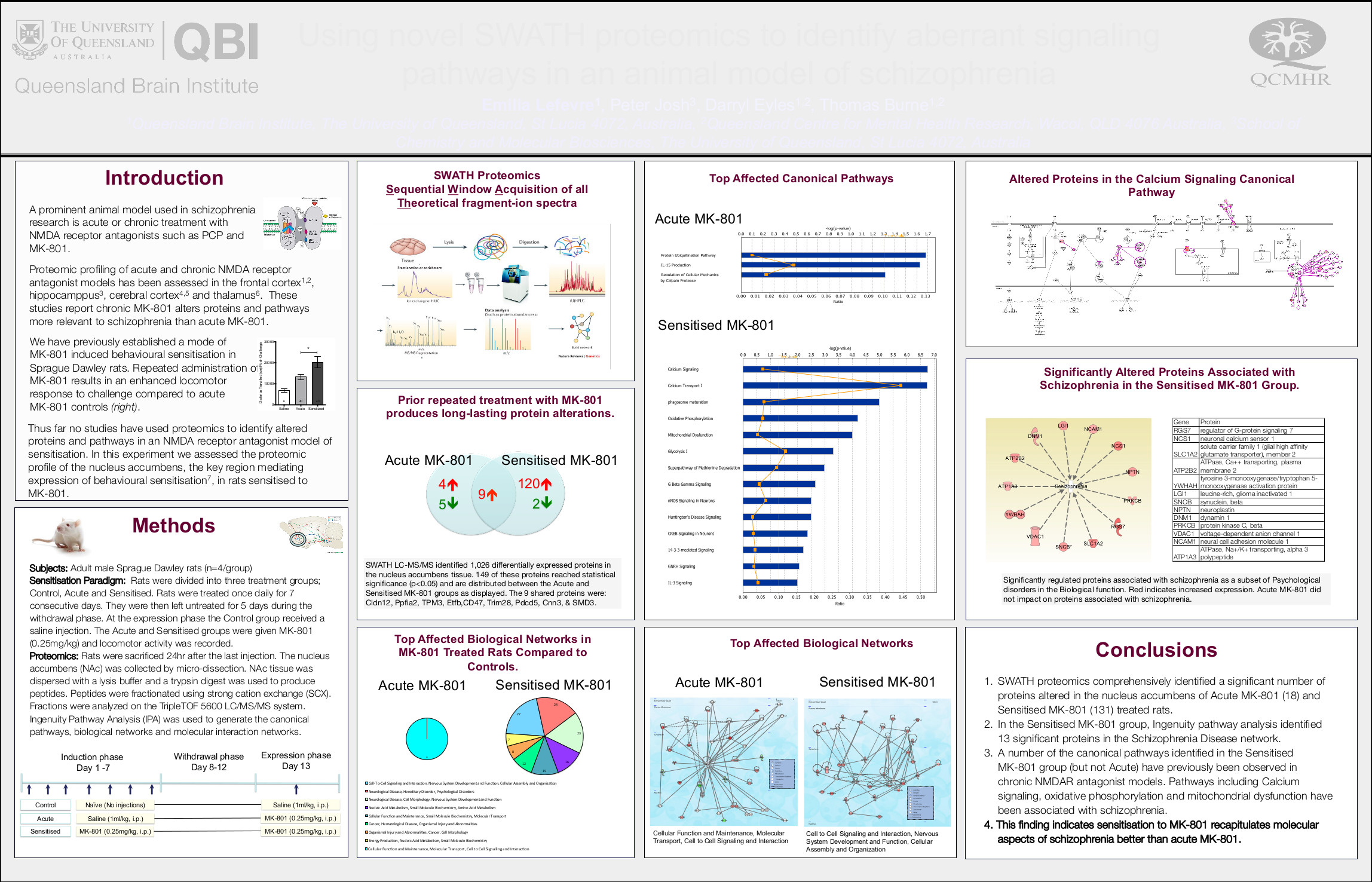 Schizophrenia is a chronic and debilitating psychotic illness that affects approximately 1% of the population. Abnormalities in glutamatergic function have been consistently linked with schizophrenia aetiology. The most direct evidence for this comes from studies where N-methyl-D-aspartate (NMDA) receptor antagonists, such as phencyclidine and MK-801, were given in low doses to patients. Such treatments exacerbate pre-existing symptoms in patients and induce schizophrenia-like symptoms in healthy subjects. One of the most frequently used pharmacological models for schizophrenia research involves chronic treatment of rodents with these NMDA receptor antagonists. The aim of the present study was to investigate the signalling pathways altered in a rodent model of MK-801 sensitisation. Sprague-Dawley rats treated once daily for 7 consecutive days with MK-801 (0.25mg/kg, i.p.) displayed a sensitised locomotor response when re-exposed to MK-801 after a 5-day period of abstinence. The nucleus accumbens was micro-dissected 24hr post-challenge. A novel SWATH mass-spectrometry (LC-MS/MS) approach was used to identify proteins. MK-801 induced sensitisation significantly altered over 130 proteins relative to the Saline control group. Ingenuity Pathway Analysis was used to identify affected pathways, networks and functions. Of the altered proteins, at least 15 are known to be associated with schizophrenia. These include proteins such as CaMKIIa, enolase, gephyrin and dynamin. Ingenuity identified the top affected canonical pathways as calcium signaling, oxidative phosphorylation and mitochondrial dysfunction. These pathways are have also been identified as pathways affected in post-mortem schizophrenic tissue. These results validate the use of MK-801 sensitisation as a pharmacological animal model of schizophrenia.