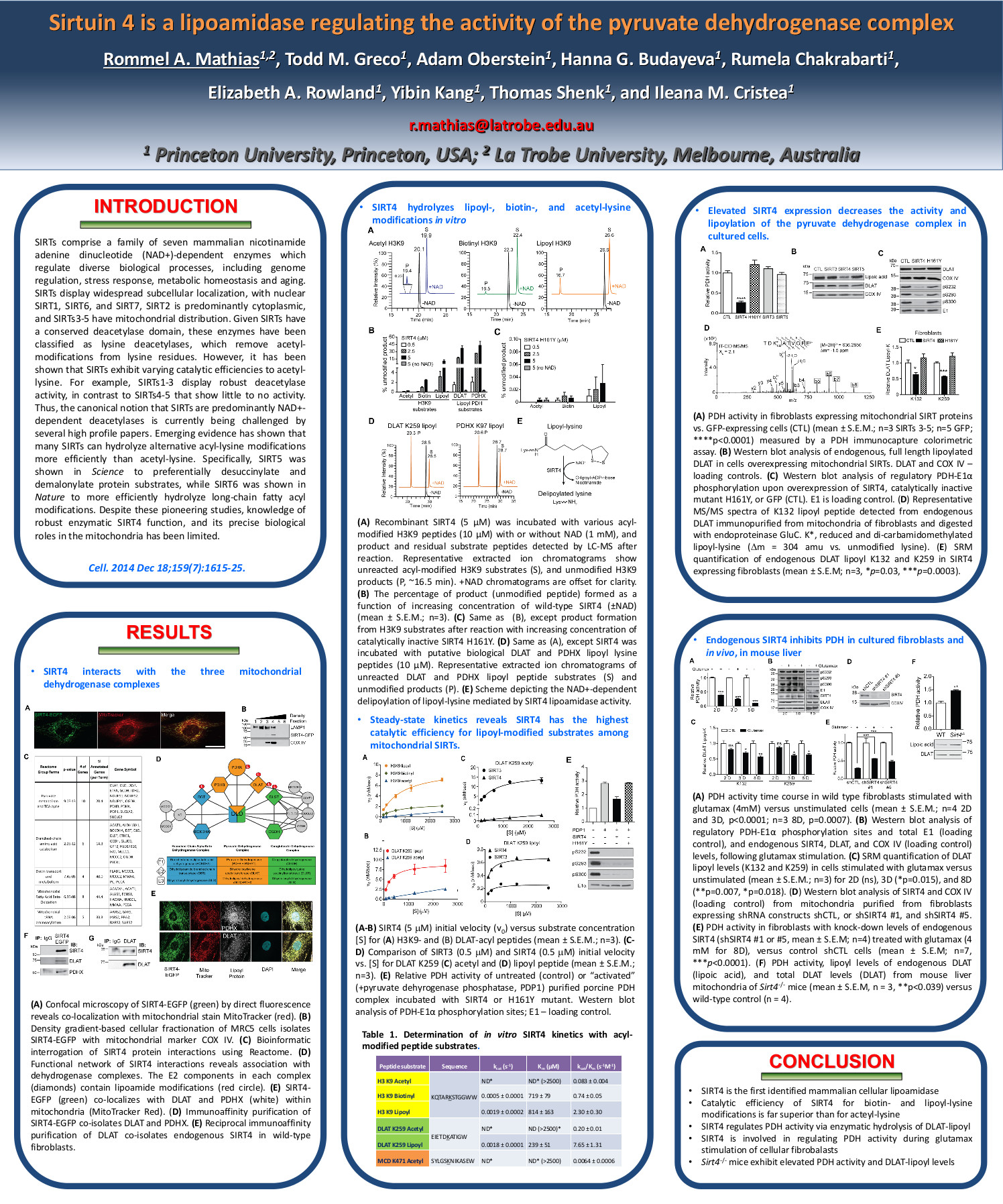 Sirtuins (SIRTs) are a critical family of seven mammalian nicotinamide adenine dinucleotide (NAD+)-dependent enzymes which govern genome regulation, metabolism, and aging. SIRTs display widespread subcellular distributions; SIRT1, SIRT6, and SIRT7 are nuclear, SIRT2 is predominantly cytoplasmic, and SIRTs3-5 are mitochondrial. Despite all SIRTs containing a conserved deacetylase domain, only SIRTs1-3 show robust deacetylation activity, while mitochondrial SIRT4 and SIRT5 have little to no deacetylase activity. Emerging evidence has revealed that several SIRTs can hydrolyze alternative lysine modifications more efficiently than acetyl. Specifically, SIRT5 preferentially desuccinylates and demalonylates protein substrates, while SIRT6 can hydrolyze long-chain fatty acyl lysine modifications. A catalytic activity for SIRT4 has not been identified, however, here, we identify that SIRT4 is a robust lipoamidase. SIRT4s catalytic efficiency for lipoyl- and biotinyl-lysine modifications is superior to its deacetylation activity. The pyruvate dehydrogenase complex (PDH), which converts pyruvate to acetyl-CoA, is a biological substrate of SIRT4. We demonstrate that SIRT4 can enzymatically hydrolyze the lipoamide cofactors from the E2 component dihydrolipoyllysine acetyltransferase, and diminish overall PDH activity. For over 40 years, PDH has only been known to be regulated by phosphorylation of its E1 component. However, we now reveal its regulation by SIRT4, and establish SIRT4 as the first mammalian cellular lipoamidase, and a crucial guardian of metabolism.